The IoC principle suggests to invert the control, meaning that instead of driving the car yourself, you hire a cab, where another person will drive the car. Thus, this is called inversion of the control - from you to the cab driver. This download installs the Intel® Trusted Execution Engine driver and firmware. Driver: Windows 10, 32-bit. 2.0.5.3117 Latest: 5/28/2019: Intel® HD Graphics Driver for STK1AW32SC. Installs Intel® HD Graphics for Intel® Compute Stick STK1AW32SC. Driver: Windows 10, 32-bit. 15. Latest: 9/27/2018: System-on-a-Chip (SoC) Driver. The IOC I/O hardware driver. The SoundGrid ASIO/Core Audio driver, which serves as a bridge between the DAW and the SoundGrid network. The SoundGrid Studio Application, which manages all SoundGrid network resources and assigns devices to computers.

If a main program is required (most likely on all environments except vxWorks and RTEMS), then initialization is performed by statements residing in startup scripts which are executed by iocsh.An example main program is:

The first call to iocsh executes commands from the startup script filename which must be passed as an argument to the program.The second call to iocsh with a NULL argument puts iocsh into interactive mode.This allows the user to issue the commands described in the chapter on ``IOC Test Facilities' as well as some additional commands like help.

The command file passed is usually called the startup script, and contains statements like these:

The envPaths file is automatically generated in the IOC's boot directory and defines several environment variables that are useful later in the startup script.The definitions shown below are always provided; additional entries will be created for each support module referenced in the application's configure/RELEASE file:

After vxWorks is loaded at IOC boot time, commands like the following, normally placed in the vxWorks startup script, are issued to load and initialize the application code:

The cdCommands script is automatically generated in the IOC boot directory and defines several vxWorks global variables that allow cd commands to various locations, and also sets several environment variables.The definitions shown below are always provided; additional entries will be created for each support module referenced in the application's configure/RELEASE file:

The ld command in the startup script loads EPICS core, the record, device and driver support the IOC needs, and any application specific modules that have been linked into it.

RTEMS applications can start up in many different ways depending on the board-support package for a particular piece of hardware.Systems which use the Cexp package can be treated much like vxWorks.Other systems first read initialization parameters from non-volatile memory or from a BOOTP/DHCP server.The exact mechanism depends upon the BSP.TFTP or NFS filesystems are then mounted and the IOC shell is used to read commands from a startup script.The location of this startup script is specified by a initialization parameter.This script is often similar or identical to the one used with vxWorks.The RTEMS startup code calls

just before setting the initialization parameters from non-volatile memory, and

just after setting the initialization parameters.An application may provide either or both of these routines to perform any custom initialization required.These function prototypes and some useful external variable declarations can be found in the header file epicsRtemsInitHooks.h

An IOC is normally started with the iocInit command as shown in the startup scripts above, which is actually implemented in two distinct parts.The first part can be run separately as the iocBuild command, which puts the IOC into a quiescent state without allowing the various internal threads it starts to actually run.From this state the second command iocRun can be used to bring it online very quickly.A running IOC can be quiesced using the iocPause command, which freezes all internal operations; at this point the iocRun command can restart it from where it left off, or the IOC can be shut down (exit the program, or reboot on vxWorks/RTEMS).Most device support and drivers have not yet been written with the possibility of pausing an IOC in mind though, so this feature may not be safe to use on an IOC which talks to external devices or software.

IOC initialization using the iocBuild and iocRun commands then consists of the following steps:

Providing the IOC has not already been initialized, initHookAtIocBuild is announced first.

The main thread's epicsThreadIsOkToBlock flag is set, the message ``Starting iocInit' is logged and epicsSignalInstallSigHupIgnore called, which on Unix architectures prevents the process from shutting down if it later receives a HUP signal.

At this point, initHookAtBeginning is announced.

Calls coreRelease which prints a message showing which version of iocCore is being run.

Calls taskwdInit to start the task watchdog.This accepts requests to watch other tasks.It runs periodically and checks to see if any of the tasks is suspended.If so it issues an error message, and can also invoke callback routines registered by the task itself or by other software that is interested in the state of the IOC.See 'Task Watchdog' on page for details.

Calls dbCaLinkInit.This initializes the module that handles database channel access links, but does not allow its task to run yet.

initDrvSup locates each device driver entry table and calls the init routine of each driver.

initRecSup locates each record support entry table and calls the init routine for each record type.

initDevSup locates each device support entry table and calls its init routine specifying that this is the initial call.

initDatabase is called which makes three passes over the database performing the following functions:

Finally it registers an epicsAtExit routine to shut down the database when the IOC application exits.

Next dbLockInitRecords is called to create the lock sets.

Then dbBkptInit is run to initialize the database debugging module.

initDevSup locates each device support entry table and calls its init routine specifying that this is the final call. 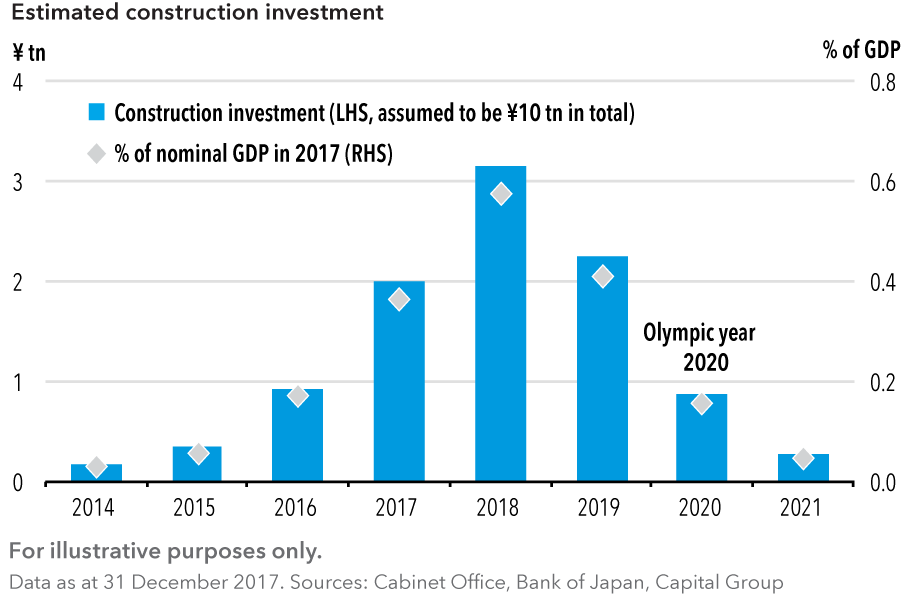 The periodic, event, and I/O event scanners are initialized by calling scanInit, but the scan threads created are not allowed to process any records yet.

A call to asInit initailizes access security.If this reports failure, the IOC initialization is aborted.

After a short delay to allow settling, initHookAfterScanInit is announced.

initialProcess processes all records that have PINI set to YES.

The Channel Access server is started by calling rsrv_init, but its tasks are not allowed to run so it does not announce its presence to the network yet.

At this point, the IOC has been fully initialized but is still quiescent. initHookAfterIocBuilt is announced. If started using iocBuild this command completes here.

If the iocRun command is used to bring the IOC out of its initial quiescent state, it starts here.

The routines scanRun and dbCaRun are called in turn to enable their associated tasks and set the global variable interruptAccept to TRUE (this now happens inside scanRun).Until this is set all I/O interrupts should have been ignored.

The Channel Access server tasks are allowed to run by calling rsrv_run.

initHookAfterCaServerRunning is announced. If the IOC is starting for the first time, initHookAtEnd is announced.

The command iocPause brings a running IOC to a quiescent state with all record processing frozen (other than possibly the completion of asynchronous I/O operations).A paused IOC may be able to be restarted using the iocRun command, but whether it will fully recover or not can depend on how long it has been quiescent and the status of any device drivers which have been running.The operations which make up the pause operation are as follows:

The following commands can be issued after iocCore is loaded to change iocCore fixed limits.The commands should be given before any dbLoadDatabase commands. 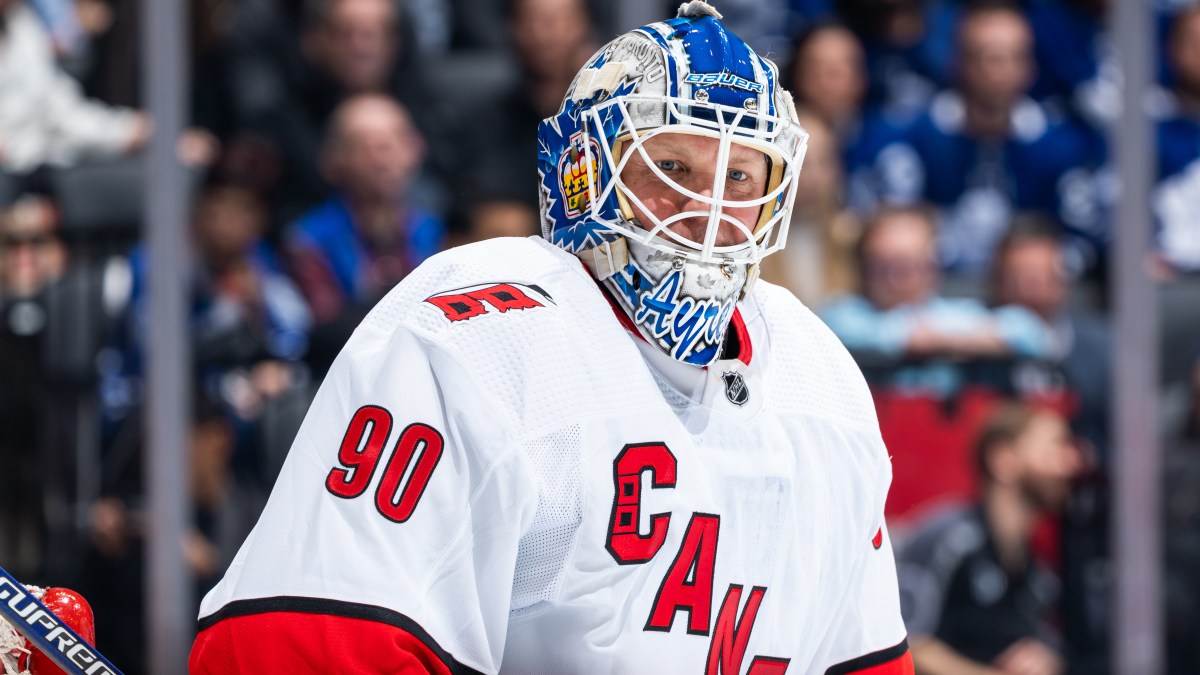 Record instance names are stored in a process variable directory, which is a hash table.The default number of hash entries is 512.dbPvdTableSize can be called to change the size.It must be called before any dbLoad commands and must be a power of 2 between 256 and 65536.If an IOC contains very large databases (several thousand records) then a larger hash table size speeds up searches for records.

scanOnce requests are placed in a ring buffer.This command can be used to set the size for the ring buffer.The default is 1000.It should rarely be necessary to override this default.Normally the ring buffer overflow messages appear when the scanOnce task fails.

The inithooks facility allows application functions to be called at various states during ioc initialization.The states are defined in initHooks.h, which contains the following definitions:

Any functions that are registered before iocInit reaches the desired state will be called when it reaches that state.The initHookName function returns a static string representation of the state passed into it which is intended for printing.The following skeleton code shows how to use this facility:

An arbitrary number of functions can be registered.

For an explanation of the EPICS_CA_.. and EPICS_CAS_.. variables see the EPICS Channel Access Reference Manual.For an explaination of the EPICS_IOC_LOG_.. variables see 'iocLogClient' on page of this manual.EPICS_TS_NTP_INET is used only on vxWorks and RTEMS, where it sets the address of the Network Time Protocol server.If it is not defined the IOC uses the boot server as its NTP server.

These variables can be set through iocsh via the epicsEnvSet command, or on vxWorks using putenv.For example:

All epicsEnvSet commands should be issued after iocCore is loaded and before any dbLoad commands.

The following commands can be issued to iocsh:

epicsPrtEnvParams - This shows just the environment variables used by iocCore.

epicsEnvShow - This shows all environment variables on your system.

Initialize the logging system.See the chapter on ``IOC Error Logging' for details.The following can be used to direct the log client to use a specific host log server.

These command must be given immediately after iocCore is loaded.

To start logging you must issue the command: